With a new director focused on making major adjustments to the team,
the Marching Band is determined to establish a link between community and competition.

Over the last few years, the Mason Marching Band has undergone many changes, especially in terms of their directors. This year, Jason Sleppy is taking the helm of the band as it’s new head director, and ensuring that everything is running smoothly.

Sleppy said his new position, along with the various roles of the band’s members, are overlapped and interdependent on one another.

“Everything is very complex and layered,” Sleppy said. “It’s not one person doing one thing and another person doing something else, we all work very closely with one another to be where we want to be.”

With his previous involvement in the band for over ten years as a percussion director, Sleppy said his history with the band has made his transition to head director much more seamless.

“Before I was the head director, (the rest of the staff) and I still collaborated
a lot, which allowed me to build a lot of connections,” Sleppy said. “It really helps to make everything feel very similar to previous years and allows us to work fluidly with one another.”

Sleppy wants to place a special emphasis on the way that the leadership interacts with the rest of the program, utilizing them as a way of interconnecting the whole team.

“Leading by example is something that we have been stressing a lot this year, because it affects the rest of the band in so many ways,” Sleppy said. “My primary focus is keeping everyone in sync because that is what will allow us to build a strong foundation for the future.”

Trevor Nguyen, a new section leader, said his leadership obligations reflect the goals of the directors for the season. “We’ve had a lot more meetings this year, and [the directors] have really showed us what they want a leader to be,” Nguyen said. “They want a lot of the leaders to be involved in more of the processes that they haven’t necessarily been involved in in previous years.”

Senior Ian Logan is another one of the returning members of the band as well as a section leader. In his position, he feels as though many of the adjustments being made are bettering the team in significant ways.

“All of the changes have really been making us think about how much work it really takes to be where we want to be in the end,” Logan said. “It’s really motivating us to work harder on all levels, as well as keeping us passionate about the work that we’re doing.”

The Marching Band performs during halftime of a home football game versus Sycamore.

While the band may win awards, Logan believes that there are more important aspects of the season than the aspect of competition, a vision that reflects Sleppy’s hopes for the team environment.

Despite the changes that the band has faced over the course of the last two years, Nguyen is still confident in the band’s ability to perform and stick together as a cohesive team.

”I think that this year we have a really strong start,” Nguyen said. “We have a lot of heart going into this year’s show, and I think that is what is going to make it a great season.” 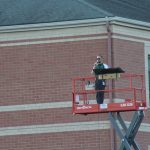 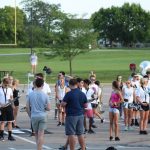 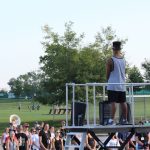 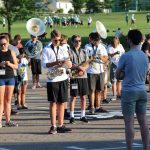 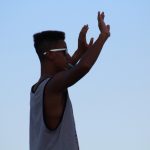 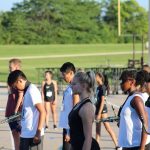 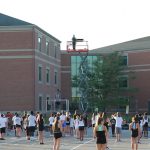 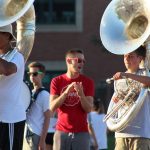 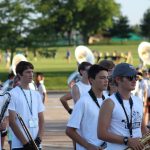 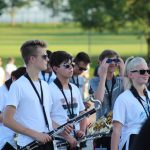 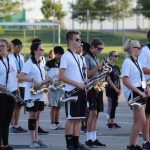 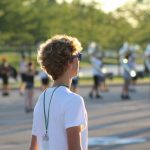 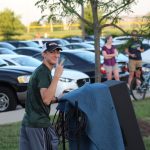 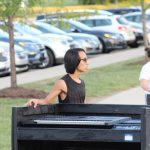 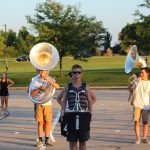 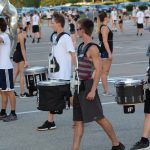 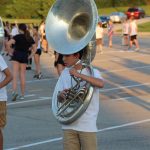 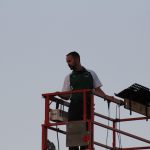 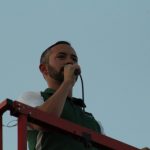 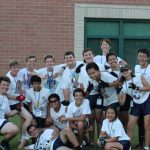